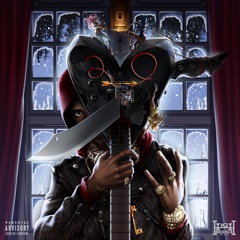 The pride of Highbridge goes deep into his R&B bag

According to A Boogie wit da Hoodie, 2018’s Hoodie SZN album—which broke the naming convention of 2016’s Artist, 2017’s The Bigger Artist, and 2018’s International Artist—was him leaning into a harder sound, MCing a little more in line with what you might expect to come out of the Highbridge section of the Bronx. “It’s straight street,” A Boogie told Apple Music at the time. With Artist 2.0, however, the hoodie has come down, the MC returning to Artist mode, once again baring his soul through R&B melodies.

He indulges this in many ways across Artist 2.0, interpolating lyrics from Fantasia’s “When I See U” for a few bars during “Cinderella Story,” singing a verse in Bronx-friendly Spanglish on the same song, or wailing on “Thug Love,” “I just wanna be a rock star like The Beatles.” Artist 2.0 is also rich with guest spots (Young Thug, Lil Uzi Vert, Gunna), but mostly they are vocalists of the same ilk: modern MCs gleefully toeing the line between rapper and singer. He makes room for two of them on “Anti-Social Gangsta (Numbers)” (Gunna, Roddy Ricch), but sounds equally comfortable next to proper R&B stars Summer Walker (“Calm Down [Bittersweet]”) and Khalid (“Another Day Gone”). It’s this kind of versatility that has given A Boogie his staying power, allowing him to outlast the many buzzing NYC artists that have popped up during his reign.

Me and My Guitar

Blood On My Denim

King of My City

A Boogie wit da Hoodie
Hip-Hop/Rap
3:21
2020-02-14
© 2020 Chartoo. Available on Apple Music. Last Updated on 7/3/2020, 5:04:06 AM. Apple, the Apple logo, Apple Music, iPad, iPhone, iPod, iPod touch, iTunes, iTunes Store, iTunes U, Mac, and OS X are trademarks of Apple Inc., registered in the U.S. and other countries. Apple Books, App Store, and Mac App Store are service marks of Apple Inc. IOS is a trademark or registered trademark of Cisco in the U.S. and other countries and is used under license. QR Code is a registered trademark of Denso Wave Incorporated. All other trademarks, logos, and copyrights are property of their respective owners.
DesktopTabletMobile
Preview provided courtesy of iTunes
Preview provided courtesy of iTunes